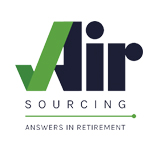 2018 has been a stratospheric year for AiR Sourcing.

Technology is at the forefront of advisers needs for the future. We spent 12 weeks at the start of the year asking advisers what they WANTED and took nothing for granted to be able to build “Version 3” of AiR. We also worked with many Industry leaders in the Later Life space to understand how they saw the market evolving and how technology could lead this (R)evolution. This gave us the bedrock to develop the software into what it is now, and what it will evolve into as development continues.

Commercial highlights (and we understand the Later Life market is still small but growing rapidly) include KFI requests via the system have INCREASED by 310%. borrowing completed via AiR has reached £80 million in 1 month (up 93% from January)

The Number of providers now featuring products on AiR has increased from 8 lifetime providers to now include RIO and residential providers for older consumers, now numbering 16, an increase of 100%, with 4 more scheduled for 2018. Registered users have increased by a staggering 47% to over 3300 advisers and monthly registrations are now running at an average of 85 per month, an increase of 47%.

We were delighted to agree a National sponsorship agreement with Pure Retirement that will fund FREE adviser usage till 2020, with further providers intent to continue this beyond 2020.

The launch of version 3 has had a profound response from users. They are now spending 46% MORE time in the site (google analytics), continually coming back to it for use of the new range of tools. Finally we added an integrated factfind, suitability report and Wills & LPA’s at market leading prices for advisers to use. We are the first technology provider to integrate API functionality with an Equity Release provider’s KFI tool in conjunction with Pure Retirement, and we will scale this up in the coming weeks with announcements adding additional lenders, making advisers job a LOT more efficient.

In September we carried out a national survey of members and the response concluded;-

Finally, here are just 2 of many corporate endorsements received;-

“AIR sourcing technology is miles ahead of anything else in the Equity Release broker market. My experience with brokers using AIR is that they are extremely satisfied with the service and technology.” Ben Lockyer – Farani Taylor Solicitors (offering Wiils & LPA’s)

“AIR Sourcing has quickly established itself as the “go-to” sourcing system for advisers, being developed by people who truly understand the adviser needs and the market –The simple to use filtering tools allow advisers to quickly source the most appropriate product for their clients.The recent RIO product additions cement the platform in the growing Later Life Lender sector” Simon Little – Managing Director – Autumn Life.